With the glimpse  of “Next generation Apple CarPlay'' with CarPlay 2.0 unveiled at the WWDC 2022, car lovers all over the world were so curious about the super exciting iOS 16 Carplay features and the upcoming enhancements. As a car lover, we are sure that you can't wait to foresee these fabulous features you are going to have with the iOS 16 public release. Recently released iOS 16 beta 1 also witnessed that this time Apple has paid more attention to CarPlay enhancements. Being your partner for an extraordinary car life,  the carplayhacks team is here to reveal to you everything including the top secrets enclosed with the iOS 16 CarPlay update. Not only the upcoming features but also we are going to discuss the issues and hacks to get them fixed. Let’s move to the CarPlay iOS 16 tour.

The brand new term “Next generation CarPlay” gas grabbed attention of most of the car lovers since Apple was featuring it in a mouth opening way in WWDC 2022. So what is this Next Gen CarPlay? It is the concept of bringing all the car features into a well planned dashboard which offers you the central control focusing on an integrated panel for driver ease. Unfortunately this feature is not available to be experienced in 2022.

Yet the new 2023 cars will be enriched with this super amazing feature. Also the next gen infotainment system will come in enhanced sizes most probably tiling the entire dashboard so that they have enough space to cover almost all the supported panels. Moreover the iOS 16 displays will contain multiple screens including instrument clusters. So we can see that Apple is trying to allow their customers to feel the iOS environment just in front of their eyes, on the enhanced CarPlay screen.

The vehicles which will be released to the market in late 2023 will contain this expanded multiple screens instead of the primary center controlled app menu in home. In the middle of the dashboard display there will be the instrument cluster. The instrument cluster has enabled  full customization to the driver with a range of options for fonts, themes, colors, and layouts to choose from. Also the essential information like the speed, range, fuel levels, RPMs are viewable with a single glance. As it is located in the middle, it catches the driver's eye so easily and it has made it easy for the driver to make decisions.

Also the widely used  widgets like your calendar, weather, audio playback, time, trip info, and Home controls are also located in the instrument cluster with customizable appearances. As these controls are located in different places rather than the CarPlay app cluster, having driver environment adjustments like adjusting air conditioning, switching on the radio has made it easy and available without being switched out from the CarPlay app menu, means you can simply do these customizations while looking on the map.

So we can claim that the next generation of CarPlay covers all of a driver’s screens for a cohesive experience. There will be brand specific options and limitations in terms of CarPlay customization options.

“Fueling and driving task apps are available in CarPlay. Your favorite apps that help you fill your tank and provide you with road information, toll support, towing help, and more can find a home in CarPlay.”

This is how Apple has briefed the introduction of new apps. They introduced EV charging and parking apps in iOS 14 CarPlay features and now in iOS 16 the newly added self-explanatory fuelling apps will assist you in locating nearest fuel stations and lower gas prices. So we guess this app is going to be one of the driver’s favorites since it helps you to find fuel stations without altering your intended route.

And the most exciting news we are going to bring you is, now things are being prepared to allow you to pay for fuel with your car’s CarPlay system. Isn’t it really cool ? Now Apple has requested most of the gas stations and fuel stations for making this functionality available with their systems. However, this will take some time, yet this will be possibly available in the future.

And you have the ‘Driving Task’ app which offers broader functionalities. This enables the driver in most of the tasks he has happened to do while driving. This app offers driver support by providing toll rates and routes, road information and towing assistance. Developers are invited to develop more driving task apps. Yet, driver distracting functions like customizing maps for shopping, streaming video contents, periodically refreshing screens will not be accepted.

When it comes to the improvements for existing apps, messages, maps and podcasts are to get enhanced features.

Apple has paid more attention to speeding up the messaging process with Siri. In the iOS 15 update, Siri required an affirmative confirmation before sending messages. But now with iOS 16, drivers will get the option of automatically sending the message after having Siri review it back. So it skips the step of driver review and confirmation of the message. Still, if the driver needs to change the message, they have the edit option on the screen for revising.

In iOS 16 the Podcasts app too has got revamped by breaking the extreme limitations it previously had with surfacing episodes. Podcasts is getting a new library option which enables you to find the latest episodes from your favorite shows. Furthermore it allows you to reach the saved episodes more conveniently.

And the most awaited Maps option is to be enabled with the iOS 16 update !. Many were looking forward to having the multi-stop routing function on CarPlay. So now you can simply plan your day-to-today routes from home to kid’s day care, a coffee shop, a gas station and then to the office as  the final destination. Surprisingly in iOS 16  developer beta 1 which was released last month does not contain this turn by turn directions support but possibly this feature will be enabled in the public release in Fall 2022. Furthermore, we got to know that Apple is going to extend the CarPlay compatibility with some more third party navigation apps based on the manufacturer support.

Yet, as Carpayhacks fans, you do not have to be worried about having the app compatibility in CarPlay since WheelPal app enables you to use any desired app on CarPlay.

With the Introduction of Next Gen CarPlay with CarPlay 2.0, there are manufacturer adaptations for iOS 16 CarPlay. And Apple said that they are going to announce the iOS 16 vehicle list in late 2023. So we expect to see these next gen CarPlay cars in the market by 2024. Yet the existing CarPlay setups will be compatible with the newly introduced apps and app enhancements. Most possible vehicles getting the full update of CarPlay 2.0 would be BMW,  Ford, Acura, Honda, Volvo, Land Rover, Nissan. And there will be more car makes based on the demand.

As you know, jailbreak is the process of expanding Apple's limitations on certain functionalities. Since Apple themselves are expanding the limitations they have imposed previously, the jailbreak concept is now becoming a less necessary feature. Even for iOS 15, a successful jailbreak tool has not been introduced yet. iPhone developers and tech enthusiasts expect that the giant jailbreak developers like Checkra1n, Uncover will introduce some. Since there are some functionalities that are limited with Apple's restrictions, we hope some jailbreak tools will be released in the near future.

Next generation CarPlay with CarPlay 2.0 is the main key point to be found in iOS 16. In the iOS 15 CarPlay update Apple has paid attention in enhancing the features like driving focus customization, message announcing, maps and car key enhancements instead of introducing new apps. Yet in iOS 16, they have introduced driving task apps and fuel apps to the CarPlay app cluster.

We do not see any key points regarding the Car Key and surprisingly no any indications about new wallpapers in iOS 16 update.

We understand how frustrating it can be to face issues with your favorite function in your Car. When talking about the issues, iOS 16 beta 1 users say that they are getting a black screen from time to time and many complain that their CarPlay is not working. This could be overcome with possibly replacing the connection cable or restarting the Bluetooth connection, restarting the phone and making CarPlay enabled on the phone again. If you encounter a connection issue you can restart the CarPlay with the power button.

Screen sharing and share play  sessions are still not allowed with Apple CarPlay iOS 15. So remember to switch off screen sharing before you connect your iPhone with CarPlay as Apple advises.

Device limitation and app limitations are also noticed as common issues. You can get it checked with Settings → General → CarPlay and get it checked whether you have the CarPlay compatibility. CarPlay iOS 15 is not available on iPads and you need to go for hacks like CarPlay iPad hack to get this solved. On the other hand, most of the visual based apps are still not available on CarPlay iOS 15. So you have to go use an app like WheelPal to use any app on CarPlay.

As a gist, this time CarPlay is getting a main update as CarPlay 2.0 with the larger screen sizes. As it requires manufacturer adaptations, iOS 16 CarPlay cars will take at least two more years to be available in the market.

When it comes to apps, fuel and driving task apps which will guarantee least driver distraction  will be allowed in CarPlay. Also text messaging features are going to speed up with skipping the user confirmation step. Podcast app is predicted to get a library with easily accessible resources. Maps app also will be enhanced with point to point routing navigation.

Actually we are forecasting the features based on Apple’s WWDC 2022 , Apple’s official CarPlay information and iOS 16 developer beta 1 experience. So these features may slightly differ in the actual public release.

Interested in reading more about CarPlay? Here's everything about Apple CarPlay. 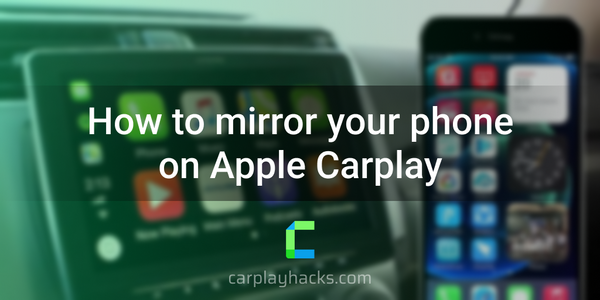 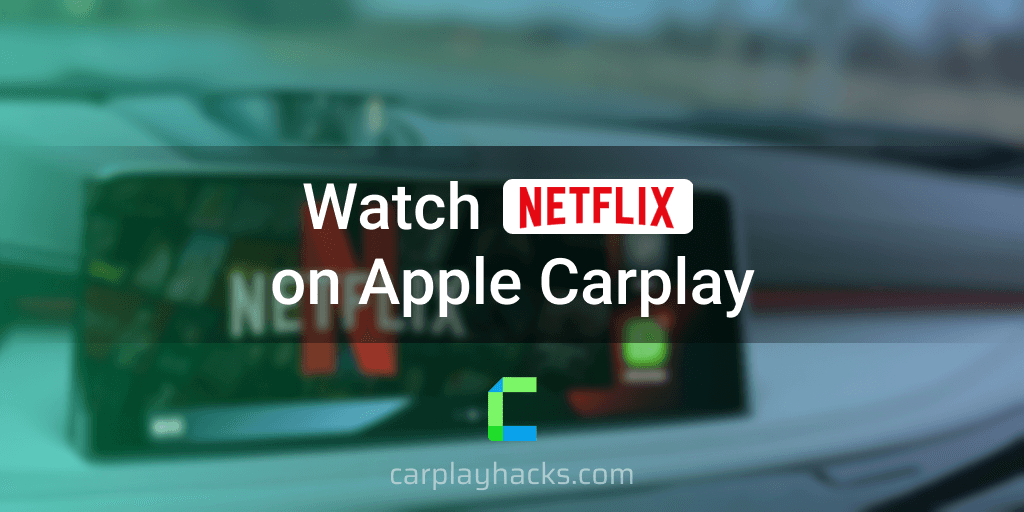 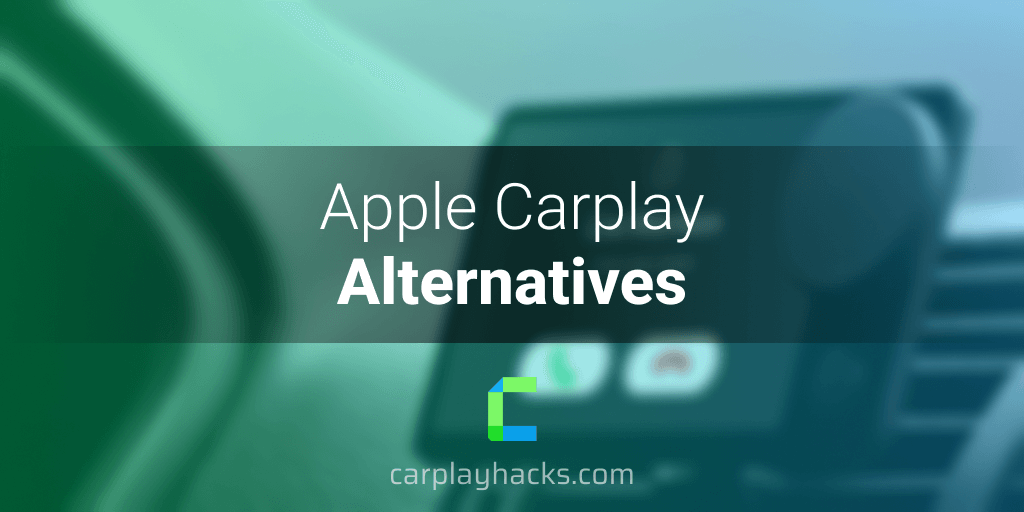