CarPlay iOS 15 was released to the public with Apple's WWDC 2021. The iOS 15  update has come with a set of distinguishing features and functionalities.

Let's reveal all of them.

When we talk about the CarPlay features we can see that  iOS 15 CarPlay update brings some interesting features as follows:

Let’s discuss further on each to see what are the special functionalities. You can watch the video to get a brief on iOS 15 CarPlay features.

Apple always pays concern to the safety and convenience of their users. That is why they have restricted some apps on Apple CarPlay . When It comes to the iOS 15 update they have given extensive care with the “Driving Focus” option.

What is Driving Focus?

Driving Focus is an option introduced in iOS 15 to detect whether an iPhone user is driving in a certain moment. It is switched 'ON' if the phone is connected to car 's bluetooth or CarPlay is invoked. Further more, iPhone user can switch on this option manually.

However, by enabling driving focus, you can let others know that you are focusing on driving at the moment. So that, they can decide whether to disturb you or not. Also you can allow permission only for the selected contacts to reach you even when you are driving.

On your settings, there is an option called “While driving” and you can customize the settings and contacts from there.

Last year, in iOS 14 update Apple introduced the Message reading option after tapping on the notification. Apple has made it more intense in their iOS 15 update with the “Message announcement with Siri” option. Now you do not have to pay glances to the CarPlay Screen, and Siri just announces the message just after receiving one. This option proves Apple’s care on driver safety as they do not have to take their eyes off the roads for notifications.

Sometimes you may feel that this option leads to privacy issues when you drive with passengers. Well, Apple has thought about that too. And they have introduced granular controls for the CarPlay Messages and you can set it up by muting announcements etc.

Also perhaps you may think some log messages you get from service providers, advertisements and similar contents will distract you while driving. In these cases, now you can mute announcements from the selected recipients or conversations. What you have to do is, take some time and customize your contacts and specific settings before getting into the car.

CarPlay Wallpapers are also introduced along with iOS 14 update. And in the CarPlay iOS 15 update, they have introduced another set of 4 beautiful wallpaper themes. Also each of them comes with a dark mode and a light mode version so that you can select one according to your preference.

When navigating with CarPlay iOS 15  Maps, it features a 3D city-driving experience for drivers. Furthermore it shows comprehensive road details that help drivers to grab details easily. Also the map presentation is enhanced with more readability in the dark mode.

5. CarKey for unlocking your Car

Last year Apple introduced digital Car Key as a feature of iOS 14 update. And BMW users were lucky enough to experience it : just unlocking the car by tapping on the phone.

And in iOS 15 update, this virtual Car Keys has amplified its functionality with the support of Ultra Wideband Technology. Ultra Wideband U1 chip is found in latest Apple devices. Now the Car Key users (still only the BMW uses) can securely unlock and start the supported vehicle. The interesting fact is the user does not have to remove the iPhone from the pocket / bag. Also the exact spatial awareness ensures that the phone is with you when you start the car and same way you will not lock the car leaving your phone inside it.

In the iOS 15 update, Apple has not introduced any new CarPlay Apps. As the best CarPlay apps cover most of the essential functionalities like communication, entertainment and navigation; Apple has focused on enhancing the features of the current apps instead of introducing new apps.
As you can use WheelPal to install any desired app for Apple CarPlay including YouTube, Netflix etc, you do not have to worry  about not having new apps.

When talking about the device compatibility of Apple CarPlay, it is compatible only with iPhones above iPhone 5 as follows:

Yet, we : Carplayhacks.com have given 100% working hacks for installing CarPlay on iPad addressing one of the key issues in CarPlay.

When it comes to vehicle compatibility, you can enjoy iOS 15 CarPlay updated feature on any of the Apple CarPlay Compatible Cars.

In the key features of CarPlay iOS 14 , there were new app categories focusing on parking, Charging and ordering food. Also Apple introduced CarPlay wallpapers, the horizontal status bar and Chinese Japanese keyboard support. Moreover, Apple introduced the super interesting functionality of unlocking the car by phone: CarKey. There were improvements in Messages and Maps too.

When it comes to iOS 15 CarPlay, we can not see new apps and dashboard customizations. But we can see the enhancements in wallpapers , CarKey , Messages and Maps apps. This means that Apple has focused on functionality enhancements in the current features rather than introducing new features.

With the extreme love for CarPlay, some users try to get enhanced features of it. Like having CarPlay on iPad, installing favorite apps for CarPlay like YouTube, Netflix are some of them. To jailbreak iOS 15 CarPlay, you need to have a compatible jailbreak tool. Also you need tweaks like NGXPlay, CarBridge for expanding the default CarPlay features.

Currently there are no jailbreak tools compatible with iOS 15, but we will update the site as soon as a tool is available. So please stay tuned with us.

CarPlay users with iOS 15 have identified some issues while using CarPlay as follows.

Screen sharing and share play  sessions are still not aloud with Apple CarPlay iOS 15. So remember to switch off screen sharing before you connect your iPhone with CarPlay as Apple advises.

With the experience, the common advise we can give you as a solution for common CarPlay iOS 15 issues is, just disconnect the iPhone from the car and reconnect it with CarPlay. Most of the practical issues could be solved out with this.

As the public release of iOS 15 is released, the car loves has several questions regarding the new update. And I thought of providing some answers for the common questions.

How to update CarPlay for iOS 15?

What are the top five features in iOS 15 CarPlay?

you can find more on these features in the top of this article.

What are the new CarPlay apps introduced in iOS 15 ?

Apple has introduced new apps in their iOS 13 and iOS 14 releases. But this time they have not released any new apps with iOS 15 update.

Yet they have introduced enhanced features for the current apps. However as a fan of carplayhacks.com, you do not have to worry with that as you can add any app on CarPlay with WheelPal App.

Can I add my own CarPlay wallpapers in iOS 15 ?

Still you won't be able to add your own wallpapers, but they have introduced 4 wallpapers this time and each have two variants for light mode and dark mode.

As a summary, the iOS 15 CarPlay update has not brought any new CarPlay apps, and has not introduced any main features. But proving again and again that Apple is really concerned about the safety of the drivers , ‘driving focus’ functionality has been introduced. Other than that, they have updates Messages app with the new feature of message announcement with Siri. New wallpapers and CarKey also have come with the iOS 15 update.

So we can conclude that this time Apple has focused on enhancing the functionality of current features without moving to introducing new features.

Also, many users says they are experiencing connectivity issues and black screen issues, heat issues in general. And most probably Apple will pay their attention on these and will fix them with the public release.

Bear with carplayhacks.com for more news, updates and super hacks for iOS 15 CarPlay. And find all the latest features of iOS 16 CarPlay along with the Next Generation CarPlay. 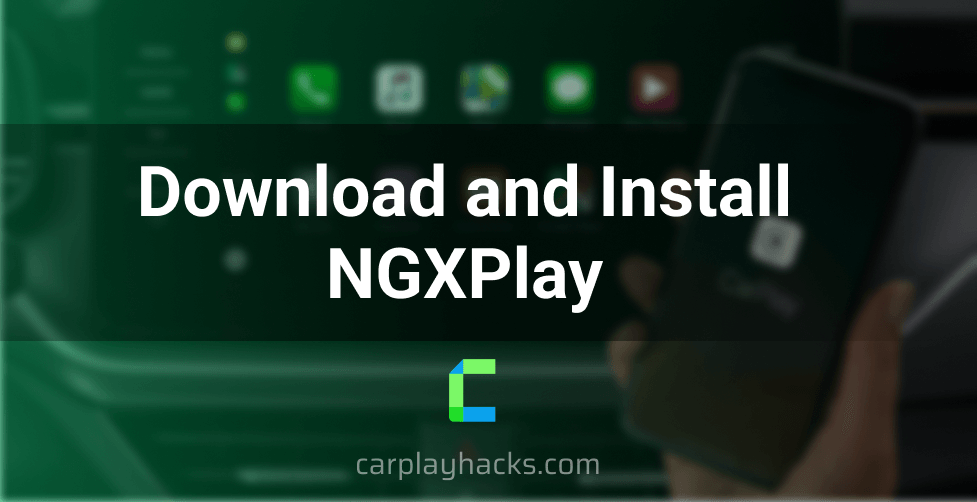 If you have NGXPlay installed on your device, you can enjoy any app on Apple CarPlay including third-party apps like YouTube, Netflix, Videos, and Facebook, NGXPlay is the best solution up to iOS 14, But there are some other alternatives like Carbridge for the latest iOS versions and Devices. Let’ 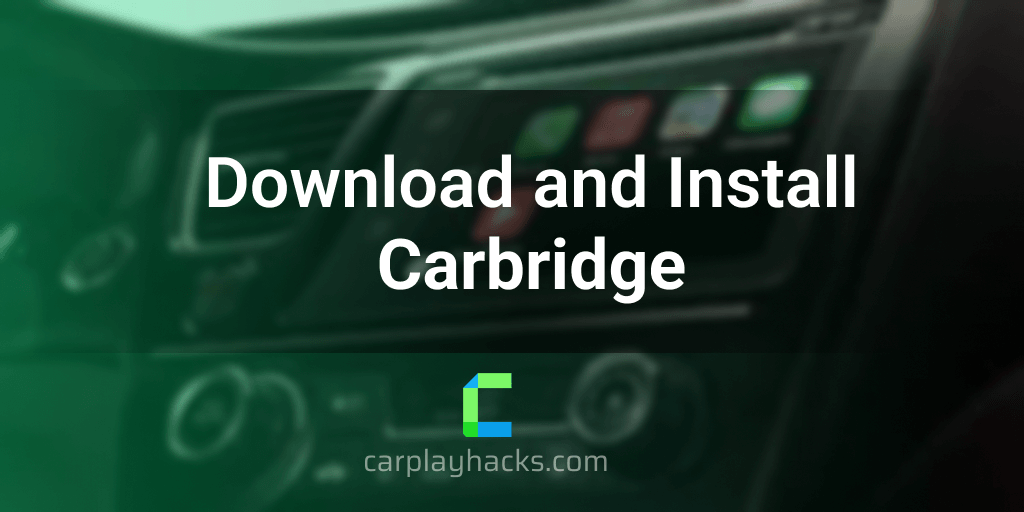 CarBridge app download could lead to a disappointment for some people as it will NOT RUN ANY APP on CarPlay. Surprised? The CarBridge app has some limitations which prevent it from running some DRM content, which means CarBridge will not be able to run apps such as Netflix, Hulu, Amazon 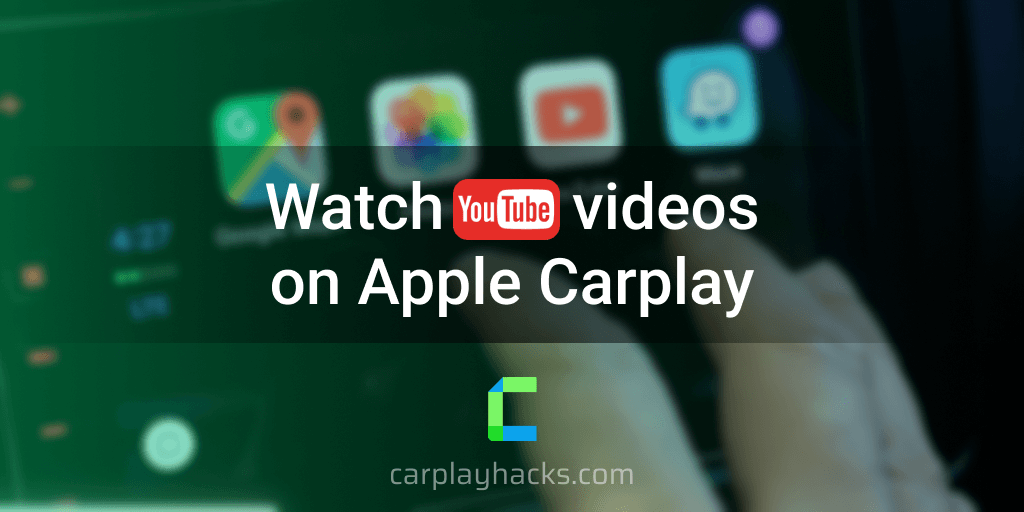